What to visit in Cartagena before going on a cruise

What to visit in Cartagena before going on a cruise 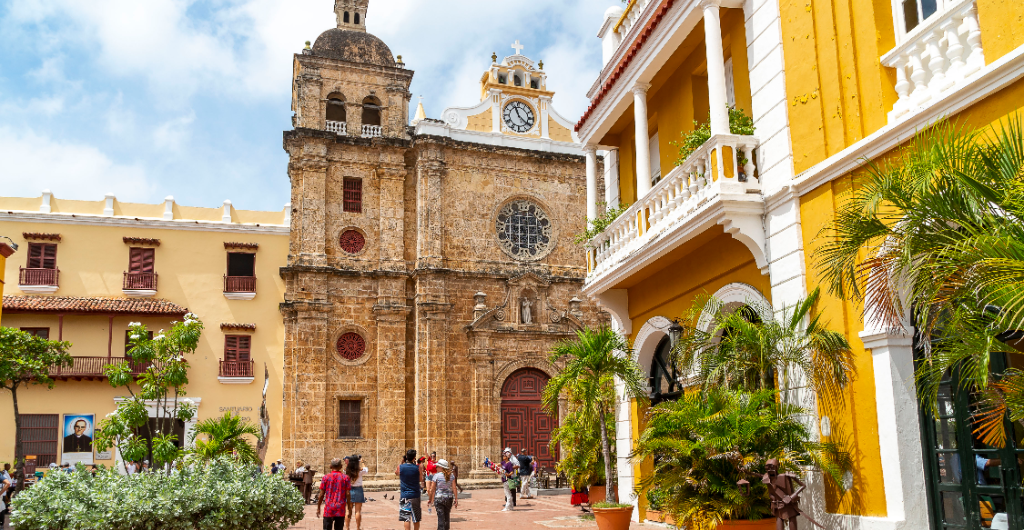 Cartagena de Indias is one of the most beautiful cities in Colombia bathed by the Caribbean Sea and located in the north of Colombia. With its splendid and colorful walls, its flowery balconies and its historic center, included in the UNESCO World Heritage, it is one of the most popular destinations in the country. As a result, its colonial past and its beaches mean that a tour of this city cannot be missed before setting sail for a Caribbean cruise.

Cartagena in a few words.
Cartagena was founded on June 1, 1533, by the conqueror Pedro de Heredia, in a place where an Amerindian village called Calamari was located, located at the mouth of the Magdalena River, which consists of a chain of islands that constitute a natural harbor. It was the settlers who gave the name of Cartagena Indias, in reference to the Spanish city of Cartagena (Murcia). For three centuries, the city played an important role in the development of the Spanish empire in South America.

As the main gateway to the Andes, on this side of the subcontinent, Cartagena witnessed the transit of precious stones and slaves to the Caribbean and Europe. Reflecting Spanish domination, churches, forts, and palaces were built. At present, its colonial architecture grants it the status of one of the most tourist cities in Colombia.

Emblematic Places
Every day, the city attracts more people thanks to its geographical location and its tourist context. Eventually, Cartagena cruises are also multiplying. Much more than a simple port of departure, Cartagena deserves to be visited to discover the treasures of the city before boarding that is why here we leave you what to visit in Cartagena before leaving the cruise.

– The walled city”
The Walled City is a visit that cannot be missed during a stay in Cartagena. Nothing better than putting on the comfortable shoes and exploring the walled city, walking through its narrow streets and being carried away by the wonders of the place. This part of Cartagena includes the Historic Center and the San Diego District, without a doubt, the quietest.
Numerous squares, churches, and museums add charm to this part of the city. First of all, here we show you places that are worth visiting in Cartagena:

– San Pedro de Claver Square
It is one of the places to visit in Cartagena one of the most beautiful in the historic center, named after a church that houses a museum. This church is visited to admire its collection of religious art. The square is adorned with contemporary metal sculptures that highlight scenes of everyday life.

– Santo Domingo Square
It is one of the most famous squares in the city and has a church that is the oldest in Cartagena. The square highlights a work by Fernando Botero, the «Gorda Gertrudis».

– Customs Square
It is the largest square in the city. It is adorned by a statue of Christopher Columbus and surrounded by colonial-era buildings.

– The Zenú Gold Museum
It is installed in a colonial residence. It is a small museum that exposes a collection of gold objects made by the Zenú natives that date from pre-Hispanic times. Among them, jewelry, necklaces and clothing are displayed inside, including the “Vueltiao Hat” symbol of Colombia.

It is one of the most famous places in Cartagena. Its colorful dome, its white columns and its wooden roof make the cathedral an exceptional work of art.

– San Felipe Barajas Castle
This castle is the largest Spanish fortification and consists of numerous corridors, walkways, secret passages, and underground galleries. Most of the day the view is great and its walls surround the historic center offering a beautiful opportunity for a walk.

– Gethsemane, a very lively neighborhood
Gethsemane has numerous murals located in narrow streets where you can discover famous works of art. An example of them is the “San Juan Street” and its gigantic graffiti-covered walls. Gethsemane is a must-see district for travelers arriving in Cartagena de Indias.

marketing
Previous postHow to visit Medellín Colombia as an expert
Next postVisit Ciudad Perdida a tourism treasury to discover.